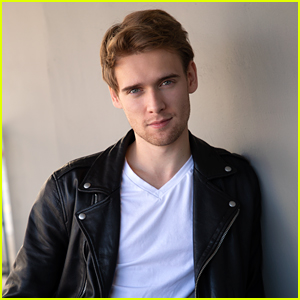 You probably first fell in love with Harry Jarvis when you watched him in High Strung: Free Dance, and then a whole lot more when you saw him in Netflix’s The Knight Before Christmas, are we right?

Well, now’s your chance to get to know the 22-year-old British actor even better with JJJ‘s 10 Fun Facts!

He looks so good in chainmail in the movie, but even better in these smouldering images taken by Dean Foreman.

Check out Harry’s 10 Fun Facts below and the gallery of pics inside!

FYI: Harry is wearing an All Saints jacket.